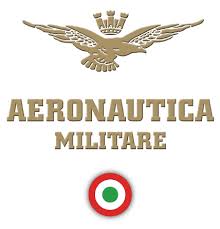 Readers may be forgiven for believing that the Italian Air Force is simply a line of clothing created by the rag trade (http://www.aeronauticamilitareofficialstore.it/en/?redirect=1).  In fact, Italians took to the air with the dawn of aviation and Italian military aviation has had a remarkable history.

The very first bombing raid from a plane was launched  by the Royal Italian Air Force (Reggio Aeronautica) in 1911 in Libya.  And on January 6, 1912, an Italian monoplane bombarded an Arab encampment in Libya with proclamations that fluttered in the sunlight “like so many flakes of toy snow.” (Source: The Sleepwalkers, Christopher Clark, www.amzn.com/0061146668).  The world’s first fighter plane was also Italian (see photo of Ca.20 above).

Gianni Caproni, though born in the Austro-Hungarian Empire, was an Italian pioneer in military aviation.  The United States government purchased some of its first bombers from Caproni  (http://americanconservativeinlondon.blogspot.co.uk/2015/09/caproni-and-dawn-of-military-aviation.html).

Italo Balbo led a squadron of Italian seaplanes on several transatlantic flights during the 1930s.  He attended the 1933 Chicago World’s Fair, and Balbo Drive in Chicago is named after him.  (http://americanconservativeinlondon.blogspot.co.uk/2015/08/italo-balbo-invaded-america.html).

In 1940 the Reggio Aeronautica launched the longest bombing raid in history up to that point in time.  An Italian raid from an airbase on the island of Rhodes attacked oil fields in Saudi Arabia and changed the world forever (see video above and Saudi Arabia chapter of America Invades…www.americainvades.com).

“In September 1940, the Italian Air Corps was sent to Belgium to take part in the Luftwaffe’s Battle of Britain, which was Hitler’s attempt to make an invasion of Britain possible. During October and November of that year, bombers and fighters of the CAI (Corpo Aero Italiano) carried out a number of raids on ports in southeast England, including Harwich, Felixstowe, and Ramsgate. The slow-flying CR.42 biplanes of the Italian Air Force were no match for the RAF’s Hurricanes and Spitfires. A Beaufighter pilot later reported that CR.42s ‘just disintegrated’ when hit.”  (Source: Italy Invades: How Italians Conquered the World, Kelly/Laycock, 2015, www.italyinvades.com).

“The Macchi fighters that were deployed after the Battle of Britain were a distinct improvement, though underarmed compared to the German Messerschmitt, the Me 109.”   (Source: Italy Invades: How Italians Conquered the World, Kelly/Laycock, 2015, www.italyinvades.com).


In our forthcoming work Italy Invades: How Italians Conquered the World, we also note that the Italian Air Force (renamed Aeronautica Militare in 1946) continues to see action in the 21st century.  In the Latvia chapter we wrote, for example, that “in January 2015, Italian Air Force planes took over NATO’s Air Policing mission in the Baltic States. Italian Eurofighter Typhoon fighter jets had already visited the region to prepare for the mission.”  (Source: Italy Invades: How Italians Conquered the World, Kelly/Laycock, 2015, www.italyinvades.com). 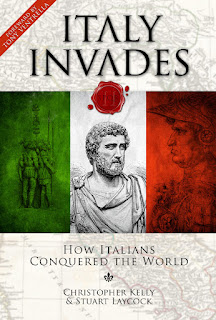 You can now order your copy of Italy Invades: How Italians Conquered the World here…
http://store.americainvades.com/products/italy-invades-preorder
or on Amazon.com…www.amzn.com/1940598729
Posted in From Commander Kelly's Page